Alternatives to Drugs and Surgery for Back and Neck Pain


It's a great time to visit your chiropractor, and a recent Gallup survey makes it clear: pain is a major issue for many people, and overwhelmingly, they would rather try nondrug pain-relief therapies such as chiropractic care versus pain-relieving medications. Well, they're in luck, because chiropractic offers the answer.

According to the 2017 Gallup-Palmer College of Chiropractic Annual Study of Americans, pain is an ongoing issue for many Americans, particularly neck and back pain (two conditions commonly treated by chiropractors): "About one in four adults in the U.S. (27%) have seen a healthcare professional for significant neck or back pain in the last 12 months. More than half of those adults (54%) have had an ongoing problem with neck or back pain for five years or more."

But medication is not the preferred option, particularly in light of the opioid epidemic: Nearly eight in 10 (78 percent) of Americans "prefer to try other ways to address their physical pain before they take pain medication prescribed by a doctor." And yet pain medications are still widely used: "Among those who have had ongoing neck or back pain for less than 12 months, seven in 10 have taken a nonsteroidal anti-inflammatory drug (NSAID), such as Advil®, aspirin or Aleve®, to manage the pain, and 45% have taken acetaminophen, such as Tylenol.®" 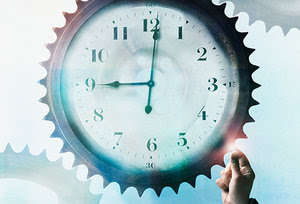 Don't risk the potential side effects of pain medication – drugs that only temporarily relieve the symptom (pain) – when your chiropractor can relieve your pain without drugs while addressing the root cause of your problem. It's time for chiropractic.
Posted by The Back and Neck Pain Relief Doctor at 10:28 AM No comments: