The Burden of Back Pain: #1 Cause of Disability


More people may be living longer, but they're not enjoying it, particularly when it comes to musculoskeletal health, according to the latest Global Burden of Disease (GBD) study.1 The largest analysis of global disability data to date, GBD 2013 reveals that "the burden of musculoskeletal disorders [is] much larger than previously appreciated," accounting for nearly 21 percent of global years lived with disability as of 2013.

Led by the Institute for Health Metrics and Evaluation and funded by the Bill and Melinda Gates Foundation, GBD 2013 represents a massive analysis of global disability data, with 35,000 data sources spanning 188 countries.2 Here are a few of the key findings from the latest analysis, published in Lancet in June, highlighting the global musculoskeletal disability burden 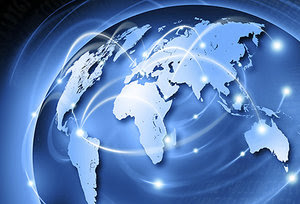 Nonmusculoskeletal Burden
While back pain maintains the No. 1 position in terms of its impact on years living with disability, diabetes now occupies the No. 7 spot, moving up three positions from 1990 to 2013. In the U.S. alone, diabetes prevalence increased 71 percent over that time period.2 What's more, almost a quarter of the global population suffers from tension headaches, while one in eight suffers migraines.3

From Analysis to Action?
Will data drive health-care decision-making? Comments by the GBD 2013 collaborators and other health policy experts suggest something has to give:
The GBD 2013 authors emphasize, "Although the GBD 2010 analysis brought more attention to these disorders, there remains little policy discussion of the options available to prevent and address these disorders."1

Rifat Atun, professor of global health systems and director of the Global Health Systems Cluster at Harvard University's T.H. Chan School of Public Health, authored a commentary to the latest Lancet report and urges adoption of a prevention and wellness model to as a vital step to address the chronic disease burden:
"Don't wait for illness, invest in the maintenance of health," he said. "We can't manage these chronic conditions in hospitals, so there needs to be an emphasis on maintaining good health, preventing disease and slowing progression of disease when it does happen. There's no choice; it has to happen."4

If you're interested in reviewing the complete report, GBD 2013 provides the latest trends in disease and injury incidence, prevalence, and years lived with disability for 301 acute and chronic diseases and injuries in 188 countries – but be prepared. Reporter John Ross perhaps sums up the grim findings best:
"A focus on cheating death rather than keeping people healthy has transformed the planet's population into a world of walking wounded, a massive inventory of global illness levels has found. ... Premature death rates are in decline. But the death toll has been replaced by a colossal disability burden, with hundreds of millions of years of productive life lost each year to pain and disease."5

Are you suffering back or other pain that's reducing your quality of life? If so, you're obviously not alone. Fortunately, doctors of chiropractic can help relieve your back pain – and help prevent its return – in addition to managing a host of other musculoskeletal and nonmusculoskeletal health issues without drugs or surgery.
References

Posted by The Back and Neck Pain Relief Doctor at 10:50 AM No comments: