The Truth About Salt


So what's the deal with salt? You know you need some of it, but everywhere you see advertising and headlines telling you to eat less of it. You might have salt cravings but you feel guilty indulging in them because you've heard from everyone, the government to personal trainers to your mother-in-law, that salt is bad for you. The way headlines sound, you'd get the impression that eating a bag of chips will raise your blood pressure enough to have a stroke right then and there! I once had an 11-year old sit next to me, watch me salt my scrambled eggs and ask me if didn't I know that salt was bad for me! So let's see what's actually accurate amongst all the headlines, advertising, special interests, and advice.
Like all the topics I've written about, it's not that simple to say salt is "good" or bad". One thing to keep in mind is that salt is so vital for human health that "sal" is the basis of the word "salary" because people used to be paid in salt. Sodium and chloride are both vital minerals, used for nerve transmission/impulse conduction, fluid balance, and muscle contraction. Not having enough sodium will cause hyponatremia, a life-threatening condition that happens when someone sweats out too much sodium, or drinks too much water, and upsets the fluid balance.
Salt is a prime determinant for taste in food (along with fat) and 80% of the salt we consume is in processed foods, making it difficult to avoid. The message promoted by both the National Heart, Lung, and Blood Institute (NHLBI) and the National High Blood Pressure Education Program (NHBPEP), a coalition of 36 medical organizations and six federal agencies is that everyone, not just people will hypertension, would benefit from a daily intake of 2400 mg or sodium (6 grams of salt, or about 1 teaspoon) per day, which is 4 grams less than our current average. The problem lies in the fact that the research does not conclusively show that a reduction helps with blood pressure and actually shows that low levels could lead to health problems. "You can say without any shadow of a doubt," says Drummond Rennie, a JAMA editor and a physiologist at the University of California, "that the NHLBI has made a commitment to salt education that goes way beyond the scientific facts." 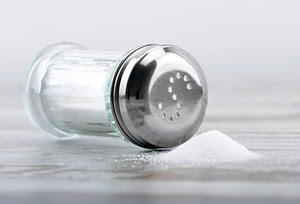 Stress and Back Pain: The Link


Stress is a part of life, and so is back pain. Ironically, stress is a leading cause of episodic back pain. Your body experiences a cascade of physiological responses during chronic stress setting the stage for injury. The human body is genetically programmed to respond to stressful situations by stimulation in a survival part of your brain known as the limbic system. Otherwise known as the reptilian or primal brain, it is responsible for the emotional "flight or fight" (run or stand and fight) response to negative stimuli. Your brain response functions the same in stressful situations regardless of the source and extent of the threatening stimuli. The limbic brain does not recognize differences between types and degrees of stress. It simply reacts. Your body releases hormones (chemical messengers) which cause a physical reaction to stress; shortness of breath, sweating, increased heart rate, muscle tension, tightness or stiffness in joints, etc., in preparation for survival reaction. So whether you are about to be chased by a rabid dog, cut off in traffic, or had a tough day at work the same response occurs. The same negative physical impact also occurs on the body. There are several different types of stress and learning how to control them can make all the difference. You have physical stress (lack of exercise, illness, sleep habits, etc), mental stress (how you deal emotionally with life) and chemical stress (nutritional and environmental). 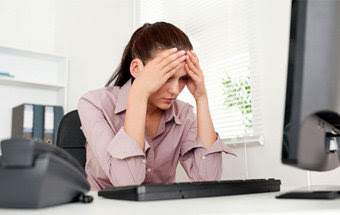 Stress alters breathing patterns by causing you to breathe more from the chest/lungs than the diaphragm. This altered pattern increases tension in the neck and upper back leading to poor posture, muscle tightness and headaches. The diaphragm is a dome shaped muscle that sits in the lower part of the ribcage underneath the lungs. Optimal breathing patterns should occur from the diaphragm first, followed by the lungs. Most often people have dysfunctional patterns where this sequence is reversed. Breathing is the foundation for relaxation. Learn to control your breathing and you will have discovered a secret weapon of relaxation and stress reduction. To check your breathing pattern lie on your back with knees bent. Close your eyes and place one hand on your abdomen and the other on your chest. Take a deep breath in through your nose. The lower hand should move first and the upper hand second. If the upper hand moves first you have an altered breathing pattern. Luckily it is fairly easy to learn how to breathe again properly. In our quick tip help guide below you will learn how to restore normal breathing patterns.
Stress increases tension in the body 24/7. It is like flipping the light switch on for self- protection, muscle tension and tightness. Think about how stiff and tight you feel when walking across ice. Your body tenses up in anticipation of falling and is trying to protect you from injury. Imagine how your muscles would feel if you were in this constant state of tension for weeks at a time. It would not feel good! That is what chronic stress is doing. Stress increases production of specific hormones known as cortisol and adrenaline located in the adrenal glands. These are two small glands that rest on top of the kidneys, one on either side. Cortisol is nicknamed the "stress hormone" and it can cause many negative reactions in the body if it is unbalanced. Chronically elevated levels of cortisol and adrenaline will cause increased inflammation in the body. In essence, your own body begins to turn on itself.
So what are some simple and effective tips you can start doing today to help alleviate stress? Below are suggestions for helping physical, mental and environmental stress in your life.
Nutrition: Eat healthy and eat often to control blood sugar levels. When you wait long periods between meals, you have a spike of a hormone known as insulin. This hormone controls how fast sugar enters your bloodstream after eating. Big surges in insulin occur when you wait too long between meals which may increase stress on your body chemistry. You can get cravings and mood swings. Eating only three meals a day is insufficient in keeping this delicate balance of hormones in check. It is recommended to eat three meals a day, mixed in with 2-3 healthy snacks. You will notice a renewed sense of energy and vitality with regular feedings.
Mental: Take some "me" time every morning before you start the day. Use this time to reflect on yesterday and plan out today's events. With the craziness of non-stop information overload in today's society it's more important than ever to take quiet moments. Set your alarm 15-minutes early and wake up to silence. Do not turn on the television or open the newspaper. You may find that problems which have plagued you suddenly become more manageable and put into perspective. When was the last time you sat in a room without white noise all around? Try it and see what happens.
Physical: Learning how to breathe with your diaphragm takes some practice, but in time it will become second nature. Practice the following technique on a daily basis for 3-5minutes. Lie on your back, putting a pillow support under your knees to relax your lower back. Place one hand on your abdomen and the other on your chest. Slowly inhale through your nose and make sure the only hand to move is the one on your abdomen. Try to keep the hand on your chest as still as possible. Exhale through pursed lips and repeat. You may become temporarily lightheaded after your first few, but this is a normal response to the increase in oxygen uptake by the body. Do this before bed time and you will have a more restful sleep leading increased recovery and regeneration.
You do have power over your body. Simple changes in your life to help reduce stress can have a profound impact on your health. Take back control of your life from pain. Empower yourself to feel good again mentally and physically. Start with the simple strategies above and when you feel the positive difference you will want more for yourself.
To decrease the stress in your life, you can always talk to me about your concerns.
Posted by The Back and Neck Pain Relief Doctor at 5:07 PM No comments: