Tylenol- A Poor Choice for Relieving Your Low Back Pain


Acetaminophen (Tylenol) is the most popular pain reliever in the U.S., accounting for an estimated 27 billion annual doses as of 2009. With 100,000-plus hospital visits a year by users, it's also the most likely to be taken inappropriately. In fact, improper use, coupled with the drug's narrow safety margin, means "a large fraction of users [are] close to a toxic dose in the ordinary course of use," according to the Food and Drug Administration.

But for the sake of discussion, let's ignore the safety issues for a moment. Is acetaminophen an effective pain reliever in the first place? Not for low back pain (LBP) and pain attributable to knee / hip osteoarthritis (OA), conclude the authors of a recent meta-analysis. The just-published review of 13 randomized trials has yielded "high-quality evidence" that paracetamol (acetaminophen) does not reduce pain intensity or disability, and does not improve quality of life, in the short term for people experiencing LBP; and provides only "minimal, short-term benefit" for people suffering from hip or knee pain caused by OA, stating that "the small effects ... are not likely to be meaningful for clinicians or patients."

Back to the safety issues surrounding acetaminophen, which the meta-analysis did little to dilute. According to the review researchers, "high-quality" evidence suggests paracetamol use results in a fourfold risk of an abnormal liver function test. Not surprising, since acetaminophen misuse (overdose) is now the most common cause of acute liver failure (exceeding all other medications combined) and the second most common cause of liver failure requiring transplantation. 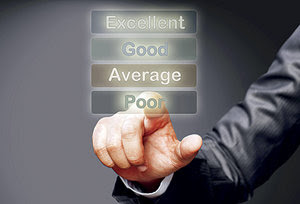 In fact, the FDA has mandated that all acetaminophen-containing prescription products feature a "black box" warning (the administration's strongest safety statement) noting an overdose can cause liver failure and even death; and have been urged to place similar language on OTC acetaminophen products.

How often do you use acetaminophen-containing over-the-counter and/or prescription medications for you LBP and OA pain, even as you pursue relief through chiropractic care? How often do you take these drugs for your spinal / OA pain instead of visiting a chiropractor? As this meta-analysis suggests, acetaminophen is ineffective for these types of pain. So give chiropractic a try – a proven natural pain reliever.
Posted by The Back and Neck Pain Relief Doctor at 8:58 AM No comments:

Whiplash and Neck Pain: The Connection


Whiplash is the most common injury associated with motor vehicle accidents, affecting up to 83 percent of those involved in collisions, and is a common cause of chronic disability. The Quebec Task Force (QTF) on Whiplash Associated Disorders defines whiplash as "bony or soft tissue injuries" resulting "from rear-end or side impact, predominantly in motor vehicle accidents, and from other mishaps" as a result of "an acceleration-deceleration mechanism of energy transfer to the neck." It is estimated that as many as four per 1,000 people may experience a whiplash-related injury and associated pain syndromes. The overall economic burden of whiplash injury, including medical care, disability and sick leave, is estimated at a staggering $3.9 billion annually in the U.S. alone. 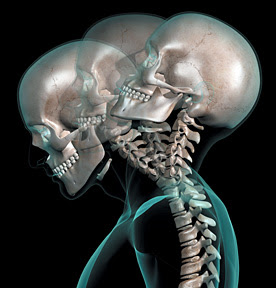 Whiplash is associated with a wide variety of clinical symptoms including neck pain, neck stiffness, arm pain, jaw pain, headaches and paresthesias (tingling/numbness), problems with memory and concentration, and psychological distress. Symptoms of whiplash may not present until several weeks after the causative incident. Frequently people experience little pain and discomfort in the early stages. However, after several weeks the body begins to manifest symptoms. It is this delayed onset of symptoms and lack of early treatment intervention which may cause the condition to become chronic and debilitating.

Whiplash Prevention
While a whiplash injury may be unavoidable if you're involved in a crash, there are simple but effective precautions you can take to minimize the risk. As they say, an ounce of prevention is worth a pound of cure.

Evidence suggests that being the driver increases the chances of head injury by double and also shows that women suffer from whiplash injuries more than men because they tend to sit more upright and closer to the steering wheel. A study by Brian Stemper, PhD, assistant professor of neurosurgery at the Medical College of Wisconsin in Milwaukee, found: "Auto head restraints positioned less than 2.4 inches (6 cm) from the back of the head kept ligament stretch within the physiologic range - meaning that no injury would occur. However, as the restraint distance increased beyond 2.4 inches, the ligaments began to exceed failure thresholds, meaning that whiplash injury was more likely to occur."

Seat belt: Although the seat belt in and of itself will not prevent whiplash, it does help to prevent your body from lurching completely forward during a car crash, even a low-impact crash. The simple act of buckling up is responsible for approximately a 60 percent reduction in accident fatalities. So buckle up to save your life and protect your neck.

Neck exercises: Whiplash affects the neck muscles. The stronger the muscles, the less affected by sudden movement your neck will be. Engage in neck exercises to strengthen the soft tissues of the neck. Exercise won't prevent whiplash, but it can make you less susceptible to the forcible forward and backward neck jolts. Isometric resistance exercises for the neck are easy to do and highly effective in strengthening the supportive musculature of the neck. Your doctor can provide you with specific neck-strengthening exercises.

Treatment Options
Whiplash injuries are difficult to treat for many reasons. Complex interactions of psychosocial, legal and physical factors make effective treatment highly variable. However, there are many therapeutic options available to help whiplash related injuries. Initial treatment traditionally includes a soft cervical collar to restrict cervical range of motion and prevent further injury. Overall rest and motion restriction may hinder progress in the long run, so it is best to seek out professional help in resolving symptoms. That's where your chiropractor comes in.

Chiropractic: Chiropractors are the single largest group of practitioners treating whiplash injuries, and they do it well: For example, one study found chiropractors were effective at relieving whiplash pain more than 90 percent of the time. Chiropractic care focuses on relieving soft- tissue spasm, inflammation and pain by restoring proper motion in the spinal column. Due to the force impact of whiplash, the spinal column can misalign and cause pain. By performing manipulation to the spinal column, chiropractic can help restore normal function and movement to the affected areas.
Posted by The Back and Neck Pain Relief Doctor at 11:29 AM No comments: